Imex Strategies Ltd. is an international company that develops and provides workshops and coaching in career planning and leadership development to individuals, companies and governments.IMEX President, Steve Miller developed the Implicit Career Search as a response to the question that arose in him as a seven year old: “How do I decide what work to do?” His collaboration with Dr. Will Schutz (Joy, The Human Element, FIRO Theory©, etc.) resulted in this career planning approach based on a Hero’s Journey motif that provides clients with a clear step-by-step process to uncover their implicit work purpose and a simple methodology to transform this into a successful career.

Steve’s work over the past twenty-five years has been guided by two principles:

1. Each of us has something unique to contribute and…

2. Each of us deeply desires to deliver that contribution.

“Steve Miller has revolutionized career decision making with his Implicit Career Search method. Brilliant, passionate, reflective and integrated are words I would use to describe Steve and his powerful program.” Patricia Bowler Project Manager / Trainer at MCC Employment & Community Development, Vancouver BC

An Eternal and Global Career Decision and Development Approach 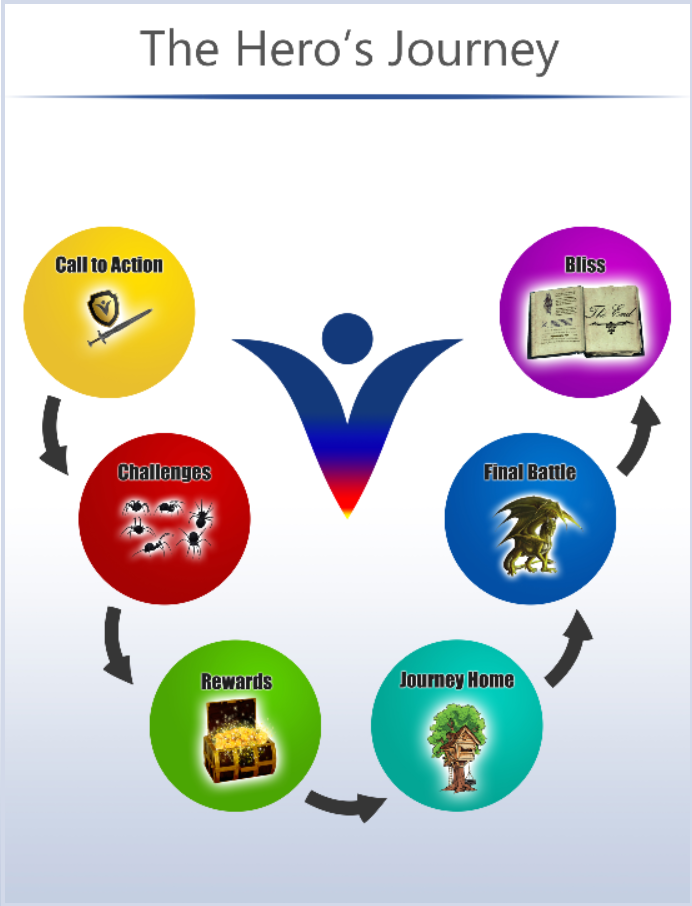 Upon realizing that the concept of ‘getting a job’ is a fairly recent one that is suited only to the two hundred year span of the industrial age, Miller discovered the work of Joseph Campbell, the American mythologist, lecturer and writer. At an early age, Campbell studied Native Indian mythology and went on to spend his life studying the myths and folklore of cultures across the globe. Miller was fascinated to discover that each culture had a myth of a hero’s journey where:

“A hero ventures forth from the world of common day into a region of supernatural wonder: fabulous forces are there encountered and a decisive victory is won: the hero comes back from this mysterious adventure with the power to bestow boons on his fellow man.” Joseph Campbell

The idea that this concept was being taught in different parts of the world at different stages in time, convinced Miller that here was an eternal and universal career decision making method which would help answer the question of “How do we decide what work to do? It appeared that the story of the hero’s journey was a method used by early cultures to describe to their youngsters the process of maturing into a career path which would result in them delivering a contribution back to their culture, thus enabling the culture to survive and evolve. He saw no reason why such an approach would not work in our culture.

Efficient and Transformative Change for Your Organization

Imex Strategies and The Schutz Company, of New York USA, have combined their two flagship programs, The Implicit Career Search and The Human Element to present The Emergent Leader Program.  This program addresses human issues and leads to greater accomplishment of goals and better individual, team, and organizational purpose.  Become a modern CEO and less of a Chief Executive Officer and more of a Creator of Emerging Organizations!

With programs in Canada, the US, Sweden, the UK, Denmark, the Netherlands, Mexico and France, we have delivered over four hundred workshops to more than five thousand people and have certified over one hundred facilitators to deliver The Implicit Career Search which has now been translated into French, Swedish, Dutch and Spanish.